Review Las Vegas 2012:
The Las Vegas trip was a combination of casino adventure and regular beach vacation. My girlfriend and I wanted to spend two weeks somewhere in the Caribbean and because I get bored spending two weeks just laying on the beach I decided to make it a round trip starting in Vegas.
I booked US Airways flights to Las Vegas via Philadelphia and then from Vegas to Montego Bay on Jamaica for a fair price.
My plan was to try my luck in Vegas and invest all possible wins into the Jamaica trip.
For our accommodation in Vegas I chose the Cosmopolitan. They offered a city room for 130,-€ per night at that time.
So the bookings were made and the adventure began. 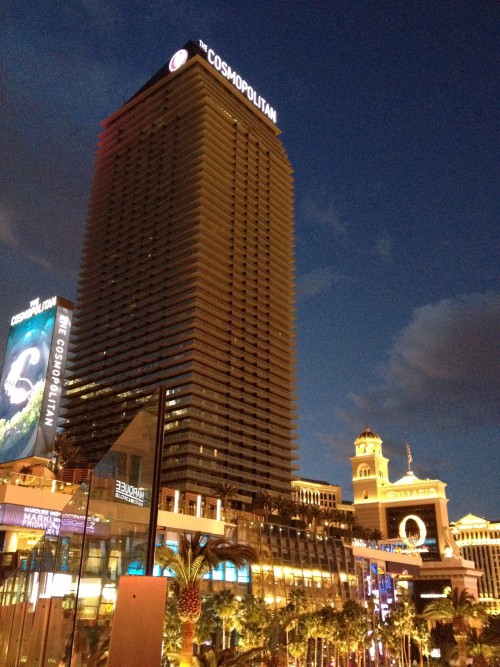 After arriving to Mc Carren International airport we headed towards the Cosmopolitan. We arrived at the hotel around 9:00 PM and the reception was quite busy. At the check in they told us that our room wasn’t ready and that we should wait for half an hour. So we came back after 30 minutes but they still had no room for us.
Long story short, at the end they gave us a corner suite which is 2 categories higher than our original booking. My mood couldn’t have been better. The days in Las Vegas started relaxed, late breakfast, some shopping, gym or sightseeing in the afternoon and the nights I spent hunting cash in the casinos. I have to admit that my efforts were not really successful at the beginning. Playing roulette I quickly lost around 400,-$ in the first 2 nights. Only the slot machines saved my ass. I won 250,-$ and 380,-$ on the third night. After the initial fails at the roulette I also had some luck on the last evening winning 500,-$ at an American roulette tabele and around 150,-$ at blackjack.

Whenever I played in the Cosmo casino I showed my Identity member card. Identity is the reward program of the Cosmopolitan. You get points for every transaction you make in the hotel. The points can then be redeemed for hotel stays or other products and services offered by the Cosmopolitan. 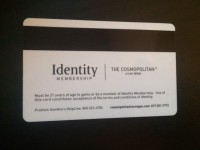 They also had a daily tombola with an Apple 500,-$ voucher as first prize. On the day of our departure I used my remaininng points to buy tickets for the lottery. With our suitcases packed we waited for the winner to be drawn. The guy who was in charge of the lottery took on of the tickets and announced the name of the lucky winner. Unfortunately it wasn’t my name. But as nobody showed up after 5 minutes they announced a second draw. And believe it or not it was me.

This really made the whole stay in Las Vegas a great experience. I used the money I had won for upgardes at the hotel in Jamaica and for the 500,-$ Apple voucher I bought an IPad 2 which I am  now using to write reviews for this blog. 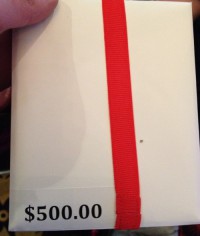 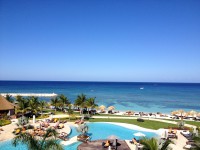 In October I’m going on my next trip to Vegas. This time I booked the Palms Place for 5 nights.  I will update my preparations and my review in this blog. Let’s see if I can be as lucky as in 2012.