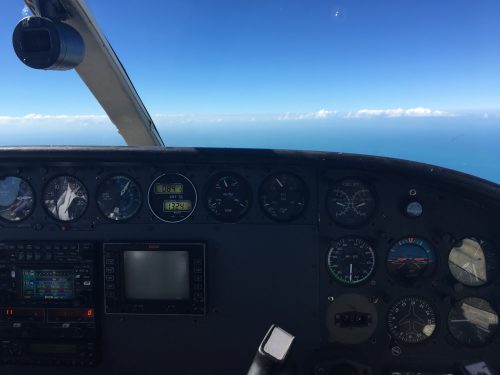 During our stay in the Bahamas we had planned a day trip to Staniel Cay. That’s a small island 35 flight minutes southeast of Nassau. It is famous for its Pig Beach, home of the swimming pigs. Of course you can also get there by boat but that would have taken much longer so I decided to rather go for the short flight.

The flight was operated by Flamingo Air, a small airline based at Grand Bahama International Airport in Freeport. The itinerary showed as follows:

The ticket price was 150,-$ round trip per person on flamingoairbah.com. (The boat tour price would have been 369,-$ per person.)

So we got a taxi at 6:30 from the Colonial Hilton Hotel to Nassau International Airport and got off at the domestic flights terminal. After we checked in an agent from Flamingo Air escorted us to the tarmac where our aircraft was already waiting for us to get on board. It was a Cessna 402C Utiliner/Businessliner with 9 seats. Including us there were 5 passengers on this flight. 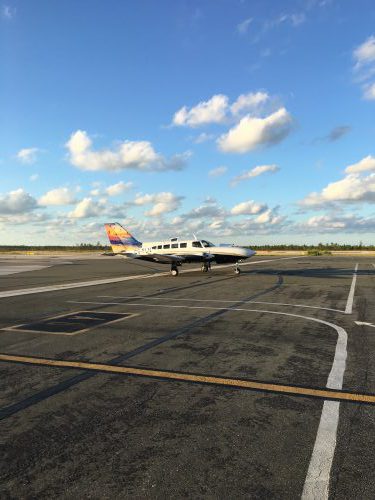 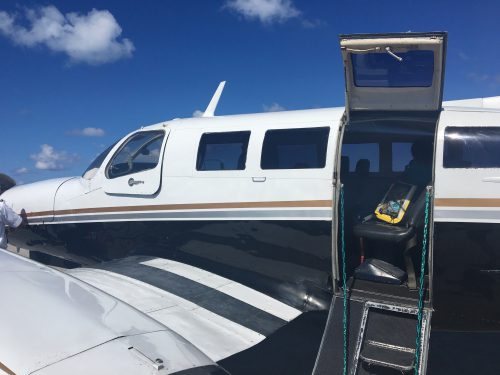 I was the first to board the aircraft and I was quite surprised when the pilot asked me if I wanted to take the seat next to him. As I’m fascinated by everything related to aviation I happily accepted and took the co-pilot seat. It was already an exciting flight experience for me before we even left the ground! Being aware of at least the basic instruments and their functions in an aircraft cockpit I enjoyed watching the take off preparations and when the needle of the speed indicator approached the 80 knots mark I couldn’t help whispering “V1, rotate!” as the aircraft took off. I always wanted to say that sitting in a pilot’s seat during take off. 🙂

The flight was really nice with a fantastic view on the turquois sea and the line of beautiful small islands under us. 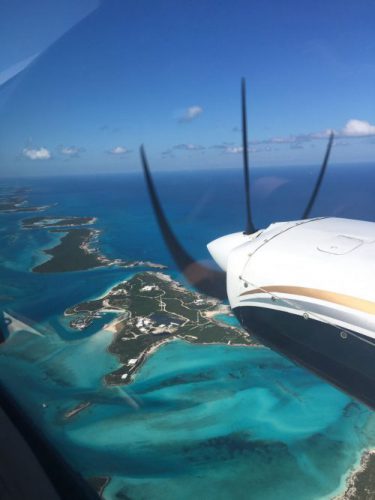 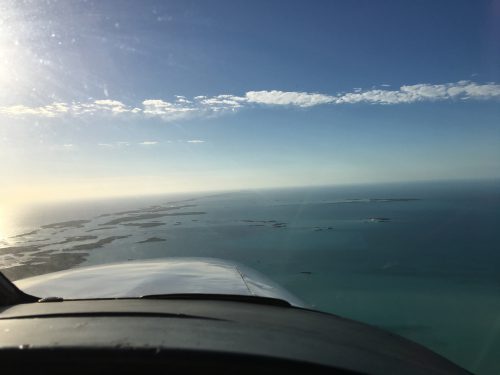 View from the co-pilot’s seat

After a smooth landing at Staniel Cay we met our tour guide who was already waiting for us with his boat to bring us to the famous Pig Beach. At Staniel Cay there is no airport, it’s more an airstrip surrounded by a fence and our boat was just a 5 minute walk away.

We headed to the next small island and spent some time at the beach petting the pigs and feeding them kitchen leftovers from our tour guide. As it was 9:00 AM we were the only people there and had the whole beach for us. It was funny seeing pigs swimming in the Caribbean sea like pretending they were dolphins. 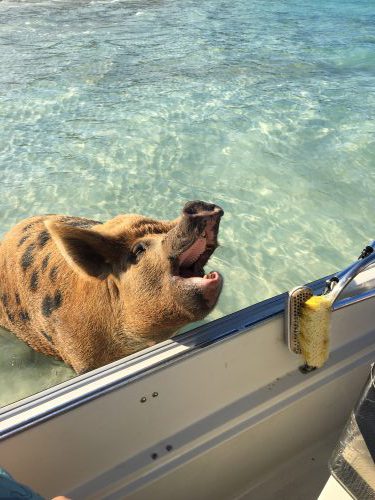 Swimming (and hungry) pig at the Pig Beach

An hour passed and we went back to Staniel Cay Yacht Club, a really nice boutique resort with a small yacht harbor. We had a splendid breakfast at the restaurant and decided to further explore the island. You can rent a golf cart there for 40,-$ per day, that’s what we did. The island was really beautiful with nice, lonely, picture-perfect beaches without anybody there. Maybe also because we still were there during off season in October. The local people said after November it would get pretty crowded. 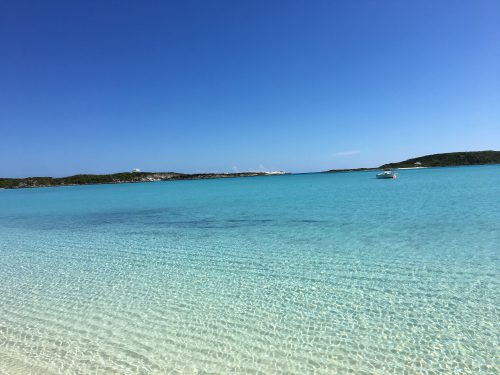 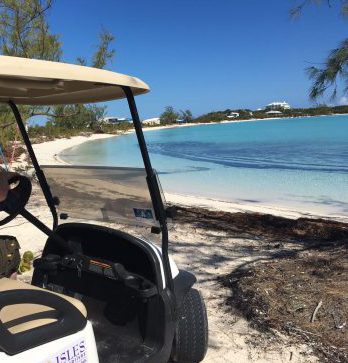 After hanging out at the beach we still had time to get a beer in the Yacht Club restaurant before we went back to the airstrip. On the flight back we had the same aircraft and pilot. So I -as a matter of course- took my co-pilot seat again. The only thing that had changed since the inbound flight was a Dunkin Dounuts coffee paper cup sitting in the cupholder at the pilot’s seat.

The flight was a little bit longer because we had some headwind but after 40 minutes we landed safely at Nassau International Airport.

I really enjoyed this trip to Staniel Cay. Flamingo Air is a great small airline with very friendly pilots. Well I don’t know if it’s standard in the Bahamas but in Europe it is pretty much impossible that a passenger can sit on the co-pilot seat during a regular flight.

Flamingo Air, I’ll be back!

Regarding the costs of booking a tour from Nassau to Staniel Cay I can say that organizing the trip by yourself is much cheaper than booking a boat tour. The boat tour would have cost us 738,-$ while we spent less than 500,-$ including flights, swimming pigs tour, golf cart and breakfast booking everything separately on our own. 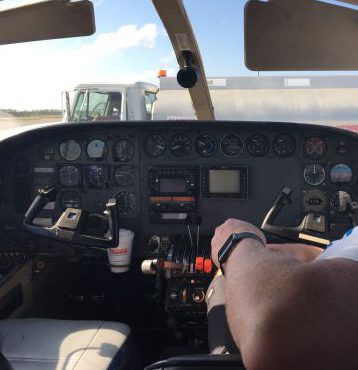 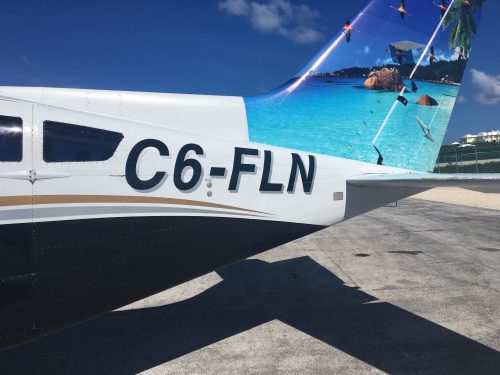